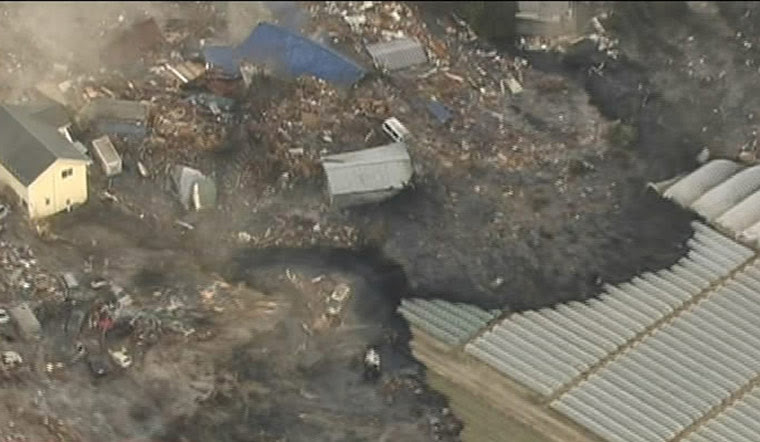 A still from a movie we've probably all seen several times in the past 48 hours.  Vast chunks of debris including whole houses surging over farmland. Here's what the New Scientist has to say.

So far as I can tell the tsunami didn’t affect the Philippines and Pacific Islands as severely as at first thought.  I hope my information is correct.  This will be a big disappointment for disaster capitalists who will have been licking their lips waiting to evict poor people from valuable coastal real estate.

For the Japanese to be threatened tonight with accidental nuclear fallout is particularly poignant since they are the only people ever to have been subjected to this by deliberate intent.

For the first time, the effects of an earthquake and tsunami in Japan have been felt in North Africa. Thousands will be in terror tonight of what Gaddafi will do to them emboldened by Libya being knocked off the front pages.

Posted by Peter Household at 10:26 PM