Judi Dench reads "Love is not love, which alters when it alteration finds"


Let me not to the marriage of true minds
Admit impediments. Love is not love
Which alters when it alteration finds,
Or bends with the remover to remove:
O no! it is an ever-fixed mark
That looks on tempests and is never shaken;
It is the star to every wandering bark,
Whose worth's unknown, although his height be taken.
Love's not Time's fool, though rosy lips and cheeks
Within his bending sickle's compass come:
Love alters not with his brief hours and weeks,
But bears it out even to the edge of doom.
If this be error and upon me proved,
I never writ, nor no man ever loved .


Listen to Judi Dench reading this

It seems Judi Dench remarked to the BBC’s James Naughtie that she liked to read a Shakespeare sonnet every day, so he asked her to recite just one. She obliged with sonnet 116.  Apparently this happened impromptu on 23rd May at a Royal Academy party marking the contribution of the creative arts in Britain during the last 60 years, to celebrate the Diamond Jubilee. 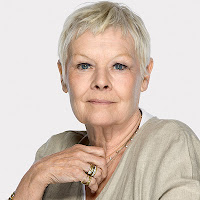 Posted by Peter Household at 4:17 PM No comments:

The first ever Transit of Venus - is this picture right?

I hope someone can tell me exactly what is going on in this 1891 painting, where the artist Eyre Crowe imagines Jeremiah Horrocks at the moment he witnessed the 1639 Transit of Venus.  What an evocative name. The goddess of love, and the brief and transitory nature of existence. The next one is in 6 days time on 5th or 6th June (depending on where you are [1]). In Ireland it's at dawn on Wednesday June 6th, and only the last few minutes will be seen, just as the Sun rises. And the next after that will be December 11, 2117 (a Saturday). [2]

In the painting Horrocks is projecting the image of the Sun, with Venus a small dark spot crossing it, on to a piece of card, on which he marks Venus’s trajectory.

The event depicted is taking place late in the afternoon of 4 December 1639. Does the horizontal alignment of the telescope imply that the Sun is just about to set? Or am I trying to over-interpret Eyre’s painting? Perhaps he didn't know much about astronomy? I've seen it said that Horrocks actually used a camera obscura for his observation [3].

If the painting is right, then has Horrocks set up some arrangement of mirrors not shown?  How, I wonder, did he keep the telescope focussed on the piece of card throughout the transit, as the Sun and Venus declined in the sky?  And what is the contraption on the middle of the room?

Horrocks witnessed the transit for about half an hour from 3.15 till sunset which might have been about 3.45 I suppose.  His prediction of when the transit would occur was accurate to (I think) a few minutes, but distrusting his calculations, he had been checking on the Sun continually, whenever free of clouds, for the previous 24 hours. Then just when the transit began, he was called away on urgent business (unspecified, but maybe as a clergyman he had to conduct a church service) so missed the beginning of it.

All this is in June’s edition of History Today which I saw in the public library in Cork but sadly don't have to hand as I write this. This link shows the first few paragraphs only.

Horrocks was the only person to predict the 1639 Transit, and he and his friend William Crabtree were the only two people to observe and record it. Horrocks was just 21 at the time, and died two years later. What a loss to science.  In several books I've looked at, his name doesn't even appear in the index.

Venus transits are big events in the history of science.  In 1761 and 1769, astronomers undertook extraordinary expeditions to far-flung locations in the first global scientific collaboration.  I can recommend a Nature podcast on this. [4]

They were hoping to use their observations to calculate the size of the solar system. You can use a Transit of Venus to do this by comparing observations from widely different latitudes on Earth, and using the principle of parallax, trigonometry, and Kepler’s laws of planetary motion, which tell you the relative (though not absolute) distances of each planet from the Sun.

The June 2012 transit will help scientists to refine techniques to be used in the search for exoplanets, some of which are detected when they transit their stars.

[1] Worldwide map issued by NASA showing regions where the 2012 Transit is visible from, and when.

[4] Chasing Venus : Nature Podcast Extra (16 minutes).  Nature is one of the foremost scientific journals. Subscribe to their podcast and hear scientists talking to scientists.  As a taster try the episode of 26 January 2012, available on this page: hunting for 2,500 year old shipwrecks off the coast of Crete, insights into Alzheimer's from reprogrammed cells, and a research tool called 'primitive facebook' with hunter gatherers in southern Africa.

Posted by Peter Household at 7:43 PM No comments:

Why I'm voting No in the Irish austerity referendum

To be honest it's only a gesture but gestures do matter. We’ve all heard the slogan a No vote is a vote against austerity. In itself that slogan sounds naïve - as the parties supporting a Yes have been quick to point out.

So a No vote is empty without a commitment to an ongoing campaign against austerity, and an expression of solidarity with the people of Greece. I'm afraid I'm too old and washed up to do a lot of campaigning these days but at least I'm supporting to the no household charge campaign.

Incidentally the word austerity is much misused by politicians of the right, and most us have unwittingly fallen in with them. The original age of austerity was postwar Britain.  But the 1945 Labour government set up the welfare state and the NHS.  Look it up in a dictionary and you'll find austerity means the trait of great self-denial especially refraining from worldly pleasures.  But today austerity is being imposed because men in suits say that it’s necessary to satisfy the invisible gods of the financial markets, and it's used for a package of measures that increase inequality (already on the rise throughout the world for the past 30 years) and impacts mainly on the poor, and the people for whom worldly pleasures are already hard to come by.

The Irish referendum is to change the constitution to allow the government to sign up to the European Fiscal Stability Treaty, which will impose penalties on any government that runs a deficit budget.  It's supported by Fine Gael, Labour (the coalition parties) and Fianna Fáil, and opposed by the United Left Alliance and Sinn Fein. The vote is tomorrow.

A final point, there's no doubt a raft of new cutbacks and tax hikes has already been prepared, but will not be announced until after the referendum. The government got a fright from the backlash against the household charge, and you can be sure it is deliberately suppressing news.

Posted by Peter Household at 12:12 AM No comments: