More on Islam and evolution

On Sunday, when I wrote about Dr Usama Hasan having to retract his statements supporting evolution, I ought to have mentioned Inayat Bunglawala of Muslims 4 UK.
Inayat Bunglawala was interviewed in the same piece on the Today programme, urging that space be allowed for a debate as to whether there is more than one valid interpretation of the Koranic account of the creation of Adam. Is it really necessary for a Muslim to believe Adam was fashioned literally from clay he asks? Surely this can be interpreted in a less literal sense, consistent with the known facts of science.
Inayat Bunglawala has taken on the dreadful Harun Yahya whom I listened to in Cork. Here are a couple of links to his writing on the Guardian website:
By the way, on Thursday 5th, BBC's In Our Time discusses the origins and early development of Sharia law. I wonder will they get as far as Rowan Williams being quoted three years ago saying the adoption of certain aspects of Sharia law in the UK "seems unavoidable". He was much derided for this at the time but I think he meant only on a voluntary arbitration basis.

Posted by Peter Household at 4:46 PM No comments:

Proved wrong! Legal after all!

Highlighting Al-Qaeda’s atrocities, the council said it "welcomes the news on May 1, 2011 that Osama bin Laden will never again be able to perpetrate such acts of terrorism."

The council also called for increased cooperation among countries to urgently "bring to justice the perpetrators, organisers and sponsors of terrorist attacks."

It’s legal after all!  My understanding of international law is that if the UN Security Council says it’s legal, then it’s legal. A bit like ancient empires where the emperor's word was law.

For the past 24 hours I've been likening the US action to a gangland murder.  Police? You're joking aren’t you? We'll do it our way!

Does it mean justice in the Texan sense? As when George W Bush vowed to bring the terrorists to justice or justice to the terrorists?   Seems so.

First thoughts on hearing the bin Laden news this morning 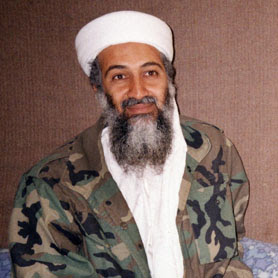 "Justice has been done," Barack Obama said as he reported the death of al-Qaeda leader Osama bin Laden.

But Obama is a lawyer. He full well knows justice is for courts of law to dispense.

A major victory in the war on terror all the same. Which he inherited from Bush. But therein lies the problem. Is war here used in the figurative sense as in the (notably unsuccessful) war on drugs?  Or in the literal sense, where the laws of war apply. War in the legal sense can only occur between states. al-Qaeda isn't a state. Terror even less so. You might as well declare war on tanks or on landmines.  Some might say it would be better to declare war on tanks or landmines.

And it’s not actually much of a victory, for as Robert Fisk points out, bin Laden for several years has been no more than a figurehead. So actually it’s a revenge killing.

Still, maybe these are not the thought’s uppermost in Obama’s mind right now. He’ll be happy hearing them chanting “USA! USA!” outside his windows.

One last thought. This burial at sea business. If that bit is true, I trust for America’s sake they gave him a decent Muslim burial, with a recognised imam officiating.

Posted by Peter Household at 11:50 AM No comments:

Muslim academic forced to retract evolution claim. But why?


Here's something that’s been on my mind since I heard a piece on the BBC Today programme on 12th March.

Dr Usama Hasan was vice-chairman and imam at the Masjid al-Tawhid mosque in Leyton, East London, where he delivered a lecture entitled "Islam and the theory of evolution", outlining why Darwin's theory and Islam were in harmony.  He expressed his argument in The Guardian a couple of years earlier.

In January leaflets appeared threatening Dr Hasan’s life. Overseas Muslim scholars issued fatwas denouncing him. All this intimidated Dr Hasan, who feared his house would be firebombed.  He felt obliged to issue a humiliating statement which read: "I seek Allah's forgiveness for my mistakes and apologise for any offence caused."

In the BBC interview, he thought a literal interpretation of the Koran could impoverish its message. The BBC’s Robert Piggott put it to him that it could also undermine Islam’s standing in liberal Western countries such as the UK.

“The answer to that has to be yes” he says. He's argued that evolution is not incompatible with the Koran, but he's had to retract that statement. There's an impasse between what religious scholars say and what scientists say. Yes it’s damaging that I'm forced into a retraction, he says, certainly in the West it’s seen that way. Yes he's certainly been intimated by these threats and fatwas.

Three years ago I wrote about an anti-evolution rant by a Muslim scholar that I listened to in Cork. It was Harun Yahya, mentioned by Dr Hasan in his Guardian article. I was appalled at the lack of dissent from the student audience. Nonetheless, at the time, I filed it away somewhere between nuisance and oddity. But the Usama Hasan episode shows it’s more serious than that.

The big question is why?

The explanation usually offered for this antipathy to science is that it's a reaction to colonialism. This argument is well expressed by Wasim Maziak in an essay “Science in the Arab World: Vision of Glories Beyond”

He says science was caught in the cross-fire between anti-colonialism and modernity. “Subconsciously for many Arabs, modern science's ties to the West, to rationalism, and to natural materialism gave it the flavour of enmity. And because science cannot be practiced nowadays without close collaboration with Western academic institutions, research has become, in the minds of many Arabs, a suspicious activity and yet another potential gateway for Western incursion.”

This state of affairs has been exacerbated by the dictatorships which since de-colonisation have dominated so many Arab countries. Science needs an atmosphere in which competing ideas can jostle each other. Authoritarian regimes instil subservience to orthodoxy.  Science can't flourish in such an environment. As a consequence there has been no-one to speak up for science and act as a counterweight to the religious fundamentalists.

Two more things need to be said. Antipathy to science is also widespread amongst the Tea Party and in the US bible belt. There too they resent colonialism. In this instance, from the liberal Washington élite.  The other is that anti-science is far from a universal attitude in the Arab or Muslim world.  The BBC report said that opinion at the East London mosque was finely balanced.

A prominent advocate for a new Muslim science is Jim al Khalili, an Iraqi-born physicist and historian of science, who has written the story of the scientific achievements of the medieval scholars of the golden age of the Islamic Empire between the 8th and 15th centuries.