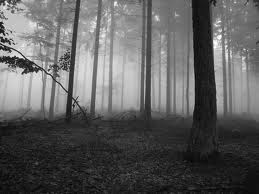 Man proceeds in the fog. But when he looks back to judge people of the past, he sees no fog on their path. From his present, which was their faraway future, their path looks perfectly clear to him, good visibility all the way. Looking back, he sees the path, he sees the people proceeding, he sees their mistakes, but not the fog ...  and one might wonder: who is more blind? Mayakovsky, who as he wrote his poem on Lenin did not know where Leninism would lead? Or we, who judge him decades later and do not see the fog that enveloped him?

I'm afraid I can't vouch for the quote's authenticity but I think it's from his book Testaments Betrayed (1995). Joined the Communist Party of Czechoslovakia while in his teens, was expelled, supported the 1968 Prague Spring. Author of The Unbearable Lightness of Being (1984).


I ought to add that I have read none of these books. Came across the quote in The Irish Catholic. Yes, my secret is out. I read this paper every week. I'm not proud of it. But I feel better for having made a clean breast of it. A longer version appears on the website of the Association of Catholic Priests.

Posted by Peter Household at 2:10 PM

Email ThisBlogThis!Share to TwitterShare to FacebookShare to Pinterest
Labels: History, Religion, Who said that?