Some surprises in a New York Times piece on English usage.  John McWhorter, who teaches linguistics at Columbia University, says that what is considered proper English is, like so much else, a matter of fashion.

2nd surprise.  Apparently, in the 19th century it was the fashion to say a street was well-lighted: lit was considered vulgar.  And to this day it's the New York Times house style to use well-lighted. Reprehensible!  I know irregular verb forms have a depressing habit of dying out; but all right-thinking people ought to mount a vigorous rearguard action in their defence.

It seems I would have had a fierce opponent in William Cobbett. In his 1818 A Grammar of the English Language (a series of letters to his 14 year old son) Cobbett denounced the past tense forms awoke, blew, built, burst, clung, dealt, dug, drew, froze, grew, hung, meant, spat, stung, swept, swam, threw and wove. The well-spoken person, Cobbett instructed, swimmed yesterday and builded a house last year.

Now I've got this far, it's dawned upon me that I shouldn’t really have been so surprised by Cobbett’s preference for builded over built. Did not William Blake ask if Jerusalem was builded here among these dark satanic mills? I had always imagined that was merely dictated by the meter. And then I can call to mind a much earlier instance, from the 1611 King James Bible, where Cain builded him a city [1]. So these irregular verb forms have been dying out longer than I thought. Hmm.

That doesn't make it right however, and I shall persist in my campaign to retain them.

Another nugget from John McWhorter (unconnected with the foregoing). He gives an example from Charles Dickens to demonstrate “the magnificent evanescence of what is considered sophisticated”. In David Copperfield, Aunt Betsey (a distinctly proper lady) says “Mr. Dick is his name here, and everywhere else, now – if he ever went anywhere else, which he don’t.”

Thanks to Tom for drawing this article to my attention.

John McWhorter’s latest book is What Language Is, What It Isn’t and What It Could Be.

Posted by Peter Household at 1:14 AM 4 comments:

House of Lords reform in the news. 70 Tory MP’s to rebel and refuse to support the Bill so dear to Nick Clegg and the Lib-Dems; and much speculation that the coalition government will break up.

During these past few months, whenever the House of Lords is mentioned, you can be sure to find Lloyd George describing it as a body of 500 men chosen at random from amongst the unemployed.

For example, Nick Clegg writing a comment piece in the London Independent on 21st June:

Lloyd George once described the House of Lords as being "a body of 500 men chosen at random from amongst the unemployed". In the years since he made that remark all that has really changed is the number – we are now pushing nearly 1,000 peers who get £300 tax-free a day just for turning up, more than half from the ranks of retired or failed politicians. For those retired MPs in the Lords, this amounts to a £1m top-up to their pensions.

A catchy phrase "chosen at random from amongst the unemployed", so what did Lloyd George actually say and when did he say it?

It's in a speech he gave in Newcastle on 9 October 1909, in the course of the controversy over that year's People’s Budget.  The House of Lords had vetoed it because of a modest land tax to fund pensions for workers.  Lloyd George argued that the House of Lords had no right to the veto since it was an established constitutional principle that the House of Commons had the final say on budgets.  And he challenged the Lords thus:

Let them realise what they are doing. They are forcing a revolution, and they will get it. The Lords may decree a revolution, but the people will direct it. If they begin, issues will be raised that they little dream of. Questions will be asked which are now whispered in humble voices, and answers will be demanded then with authority. The question will be asked whether five hundred men, ordinary men chosen accidentally from among the unemployed, should override the judgment, the deliberate judgment, of millions of people who are engaged in the industry which makes the wealth of the country.

This is good stuff. There's more. And take note, this a Chancellor of the Exchequer speaking.

That is one question. Another will be, Who ordained that a few should have the land of Britain as a perquisite? Who made ten thousand people owners of the soil, and the rest of us trespassers in the land of our birth? Who is it who is responsible for the scheme of things whereby one man is engaged through life in grinding labour to win a bare and precarious subsistence for himself, and when, at the end of his days, he claims at the hands of the community he served a poor pension of eightpence a day, he can only get it through a revolution, and another man who does not toil receives every hour of the day, every hour of the night, whilst he slumbers, more than his poor neighbour receives in a whole year of toil? Where did the table of that law come from? Whose finger inscribed it? These are the questions that will be asked.

Read the Newcastle speech in full.

Also worth reading is his Limehouse speech given a couple of months earlier. I remember the name from school history lessons. Write an essay on the reforms of the 1906 Liberal Government. 10 points to include, no 7, the Limehouse speech.  Limehouse, I know now from Wikipedia, but I probably didn't know then, was one of the poorest areas of the East End of London.

Posted by Peter Household at 1:12 AM 3 comments: 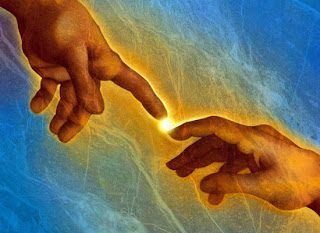 So they’ve discovered the Higgs boson.  When I heard the news from Switzerland last Wednesday my initial reaction was a pang of disappointment.  Much more exciting had they failed to find it; or had they found conclusive data meaning of necessity it can't exist.

By the way read no further if you want an explanation of what the Higgs boson actually is, because I can't tell you. The best is probably this video by Ian Sample in The Guardian.

But insofar as I do understand, the question at issue is: what is matter and why is it heavy.  Why in other words is the universe the way it is, and why are we here. And the answer, for several decades, has been the Standard Model of physics.  To make the Standard Model true, there must be a Higgs field.  So finding it, is a very significant step in confirming that the Standard Model is correct.

This is disappointing for two reasons. Scientific revolutions come about from unexpected results not from expected ones, as Stephen Hawking says in this BBC interview.

Moreover the Standard Model is ugly and unsatisfactory. It specifies a menagerie of particles which seem to defy any rime or reason, it doesn't attempt to explain gravity, and can't explain dark energy or dark matter; which by my reckoning leaves out 98% of the universe.

Here’s an article in the New Yorker Is the Higgs Boson a Disappointment?

I don't doubt that if the discovery of the Higgs field is confirmed (and I haven't seen anyone suggest it won't be) this is a crowning achievement of modern physics and a triumphal moment for science.  But still and all ….

One last point: the image I've used is highly inappropriate as it implies “god particle”.  An annoying expression which even Ian Sample uses and he shouldn’t.