Posted by Peter Household at 10:25 PM No comments:

Email ThisBlogThis!Share to TwitterShare to FacebookShare to Pinterest
Labels: Who said that?

To boldly preserve where no man has preserved before

In a bizarre act of extraterrestrial heritage imperialism, the California state historical commission has placed a preservation order on the Apollo 11 Moon landing site.

Actually they did this two years ago on January 29, 2010. But I've only just found out about it (thanks to Tom) through today's New York Times.

So the state of California has declared that its cultural resource protection law extends to a site outside the state’s territory and, in fact, beyond the surface of planet Earth.  And its historical commission now technically claims to protect the 1969 Apollo 11 landing site. Which contains the discarded landing platform of the lunar module, the American flag planted in the moon dust by astronauts Neil Armstrong and Buzz Aldrin, and various tools and discarded equipment.

Other US states have made similar declarations, all on the grounds that they hosted firms, labs, or government agencies that took part in NASA’s Apollo programme.

The serious point here is that archaeologists and historians are worried lest the next generation of Moon visitors might carelessly obliterate the site of one of humanity’s greatest accomplishments. So these bizarre designations are important first steps toward raising awareness of the need to protect off-world artefacts.

The New York Times cites Beth L. O’Leary as an influential member of the preservation campaign. She’s a professor of anthropology at New Mexico State University and is quoted saying “I think it’s humanity’s heritage … It’s just an incredible realm that archaeologists haven’t begun to look at until now.”

Under international law, the United States government still owns everything it left on the Moon.

On the other hand, 100 nations, including the United States, have signed the Outer Space Treaty, in which they agree not to claim sovereignty over the Moon or any part of it.

It seems federal government officials are wary – and rightly so - that other countries would see granting historic protection to the Apollo sites as a ruse by the United States to put down territorial claims.

NASA was intending to send astronauts back there until the Obama administration changed course a couple of years ago.  But Russia and India plan to send robotic landers.  And crucially, says the New York Times, the Google Lunar X Prize, a competition among 26 teams to become the first private organization to put a spacecraft on the Moon, offered a $1 million bonus for visiting an historic site there.

At least one team announced it was heading for the 1969 Apollo 11 landing site (so-called Tranquillity Base).  But it seems they’ve now backtracked on this and will stay away to avoid obliterating the archaeological record.  The New York Times story suggests that this is due to the publicity attracted by the spurious preservation orders.

Guidelines but no legal force

A couple of months ago, NASA's lunar science institute set guidelines for preserving the Apollo moon landing sites. Robert Kelso, a NASA manager, has catalogued what was left on the moon after the six Apollo landings, and has recommended how to balance historic preservation with the likely desire in the future to investigate how well the materials have lasted.

For Apollo 11, his recommendations ask that any visitor, robotic or human, stay at least 75 meters from the lander. This would protect every footprint and all the flight hardware

For Apollo 17, the suggested protection zone is 225 meters wide because a lunar buggy let the last two men on the moon, Eugene A. Cernan and Harrison H. Schmitt, cover much more ground.

The recommendation for the other landing sites is that visitors can get close but not touch anything.  There are also suggested guidelines for the flight paths of spacecraft overhead, to limit the chance that rocket exhaust will blow around lunar dust and damage the footprints. 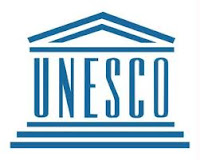 None of this has any legal force. “We are hoping that whether it’s an international team or a commercial team, they would honor and recognize the value of these sites and honor these recommendations,” Kelso is quoted as saying.

It would be nice to add the site to the United Nations’ list of world heritage sites. But first the rules would need to be changed. Currently, nations can nominate only sites that are “on their territory.”


How long will the bootprints last?

Will those footprints outlive all human artefacts on Earth? With no atmosphere, perhaps only a direct meteorite strike would obliterate them. I wonder if anyone has estimated how long they will remain intact. Millions of years perhaps? There are moonquakes, but I don’t know if they are strong enough to disturb the dust imprinted by the astronauts’ boots.

By the way, "bizarre act of extraterrestrial heritage imperialism" isn’t my phrase. It comes from a blog I've looked at. I couldn't resist plagiarising it; but I fully support preserving these sites. Though the photo I've included of Buzz Aldrin saluting the US flag is, I admit, ill-suited for harnessing international support for the enterprise.

Posted by Peter Household at 9:55 PM No comments: