Science placards around the world 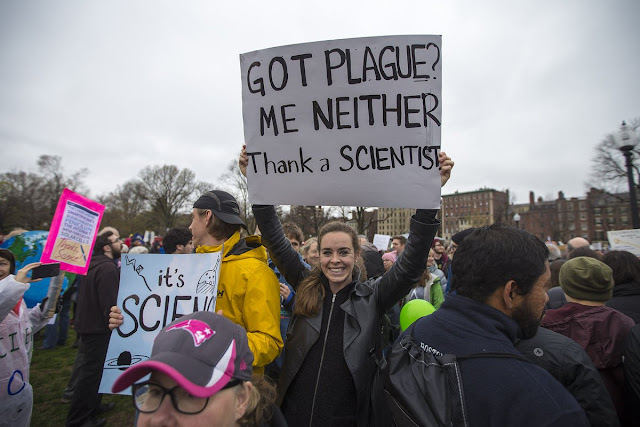 This placard from Boston is my absolute favourite from the biggest science event in history, the global March for Science on 22nd April.   And here are the runners-up:-

In no. 2 place, Think while it's still legal.  A similar thought prompted a Swedish placard in Stockholm: Våga Fråga! (the å's are pronounced like English "or"). It means "Dare to ask", nicely encapsulating the scientific enterprise - enquire, then follow the data wherever it leads. 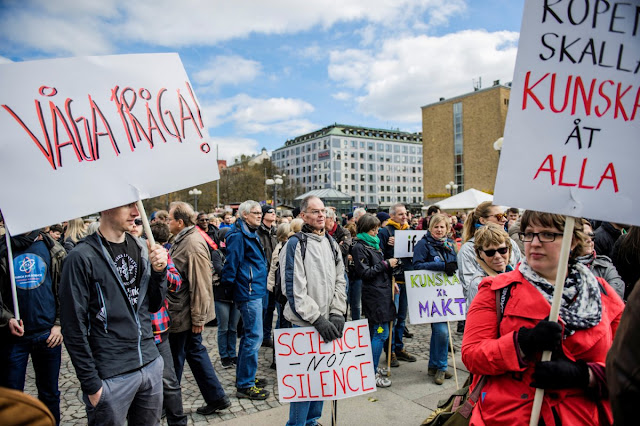 I must include I'm not a zoologist ... perhaps I should have placed it higher up my list, but here it comes at no. 4:- 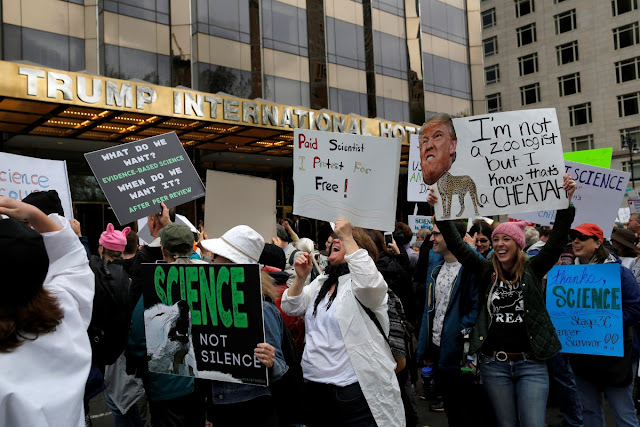 And this photo contains a few more worth a glance.  You've got to smile at When do we want it, after peer review, and Paid scientist, I protest for free.  Science not silence was a slogan used in many protests across the globe.  We can call these 4(a), (b) and (c). Next,  Less Invasions More Equations deserves a place, here it is at no. 5:- 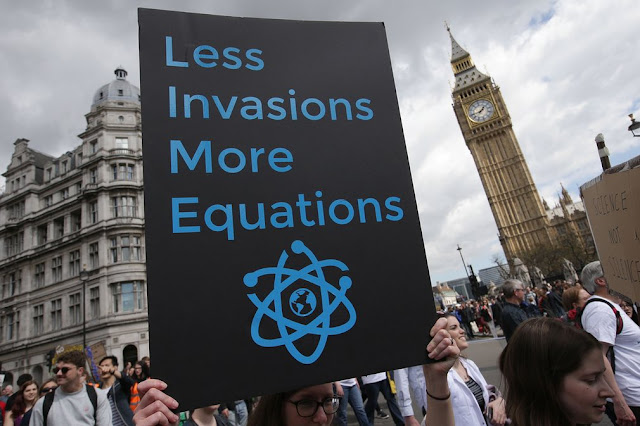 I'm with Her is a nice repurposing of a Hilary Clinton slogan. This one was from Paris:- 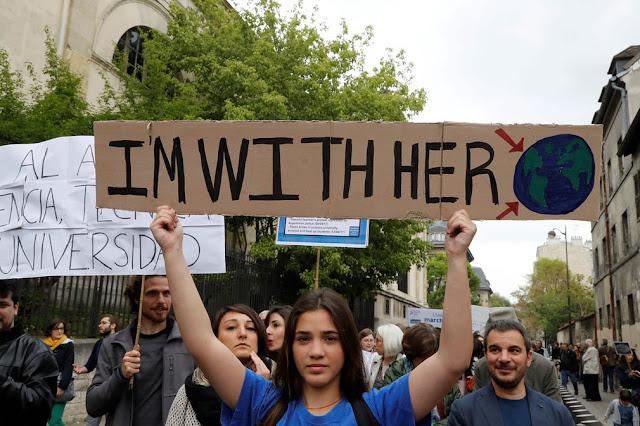 Not an alternative fact was mass produced, I've seen it in numerous photos, so while certainly rating a mention, I have to put it bottom of my list:- 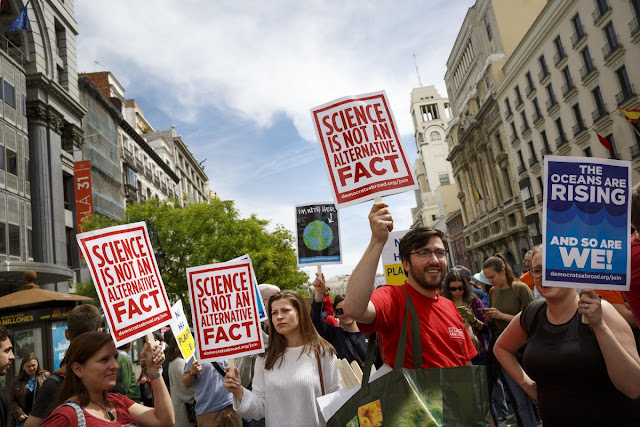 All good humoured stuff. A pity then that we have to end on a sour note. Did Donald Trump really need to turn up in New York and spoil the day by playing golf with the Earth? So very sad. 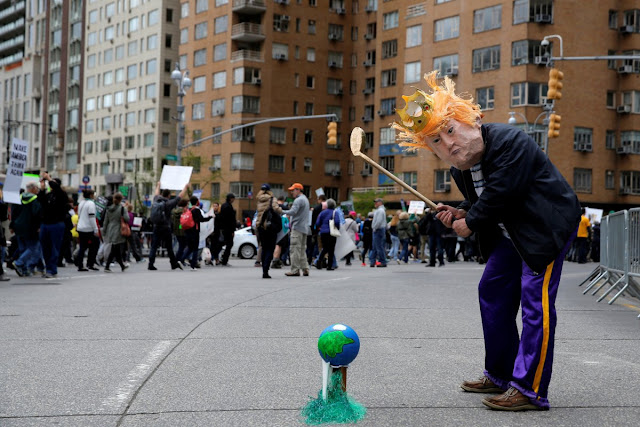 Posted by Peter Household at 12:56 AM No comments: