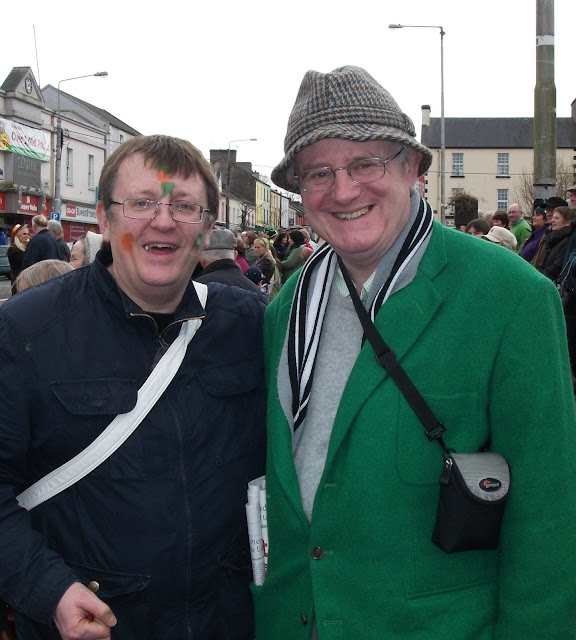 Yesterday Paddys Day.  Camera not working so here's last year’s picture. The jacket belonged to York artist the late Mike Maynard, and made me top Paddy.  You're meant to wear something green on Paddys day and I take this responsibility seriously but I'm afraid not many do.  At the Ballyporeen parade I took a sample of 20, of which only two had made a determined effort, four had made a half hearted effort, and the rest no effort.  It pains me to say that Eileen has to go in the half hearted category though I lack photographic evidence to support this condemnatory statement.

Went to 9.30 mass.  A pot of shamrock on the altar which the priest blessed. He sprinkled holy water on it and on the congregation. References to St Patrick bringing Christianity to the Irish and the 3 leaves being a symbol of the Holy Trinity.
Posted by Peter Household at 11:15 AM

Email ThisBlogThis!Share to TwitterShare to FacebookShare to Pinterest
Labels: Ireland